Rust is a programming language that is geared towards speed and safety. Rust has gained a lot of adoption in the past few years and developers are loving it. Although there are numerous other systems programming languages, Rust is one of the very few alternatives to C/C++ that can hold its own when it comes to performance.

Rust is the language of our choice at Polymath for our upcoming Blockchain, Polymesh. In this post, I’ll be sharing some of my favorite Rust tricks and some tips for the new developers.

Enum size is bounded by the largest member

Enums are sized to be able to hold their largest variant. Therefore, it’s recommended to have similar sized variants within enums to avoid having a nonoptimal memory layout. You can consider boxing the larger variants if required. Consider this example:

In the above example, variant A of enum Foo is much smaller in size than variant B but the memory layout used for both variants will be the same and hence when variant A is used, it will have nonoptimal performance.

Calling .clone() on a variable creates a copy of their data and it takes resources to create a copy. Therefore, clones have a negative performance effect in most cases and should be avoided. Often times, you will be able to pass references of the same variables to different functions rather than needing to clone them. For example:

Then each one of those tests gets compiled as a separate binary, and that takes more compilation time and space. You can instead add your test files as modules to a single test so that only a single binary is generated. Your new tests structure will look something like:

I was able to cut our CI test time in Polymesh from 26 minutes to 8 minutes using this trick. It has the disadvantage that you can not change one test file and compile just that file. It will always compile the full binary even if you have changed just one test file. For us, compiling individual files was only ~10 seconds faster than compiling the full binary and hence we decided to go with this approach.

The dbg macro can be used to print the value as well as the source code of an express to stderr. Example usage:

The above code will print:

In Rust, you can use _ between numbers to make them easier to understand.

The swap function allows you to directly swap two variables without needing to create a temporary variable.

As you probably already know, ? can be imagined as unwrap that returns the error instead of panicking. Instead of directly returning the error, ? actually returns Err(From::from(err)). That means the error is automatically converted to the proper type if it is convertible.

It is possible to declare a macro, a function and a type like an Enum with the same name and then import all three of them elsewhere with a single import statement.

sccache can cache cargo build artifacts so that they can be reused across workspaces. This means that if you have multiple Rust projects and they use an identical dependency, sccache will allow you to compile that dependency once and then reuse across the projects. It will save you compilation time and disk space. Rust target dirs are already so big, there’s no reason to store redundant binaries there. 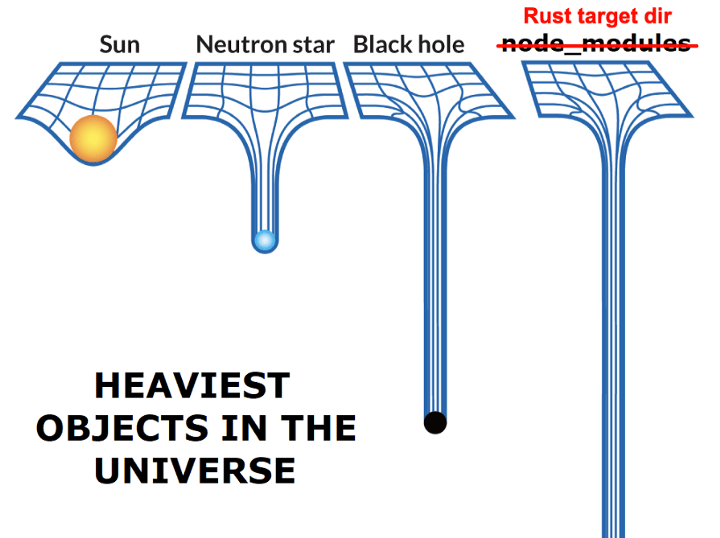 They are two of my favorite Rust tools and if you don’t already use them, give them a try. Clippy can catch a variety of lints in your code and helps you write idiomatic code. To install Clippy, run rustup component add clippy and to run Clippy in your workspace, execute cargo clippy. More information can be found on Clippy’s GitHub.

rustfmt, as the name suggests, is a tool for formatting Rust code according to style guidelines. To install rustfmt, run rustup component add rustfmt and to run rustfmt in your workspace, execute cargo fmt. More information can be found on rustfmt’s GitHub.

Rust has a lot to offer and you can learn something new about Rust every day. I hope you learned something new from this post. If you want to add something or need help, feel free to leave a comment or reach out to me via other mediums.